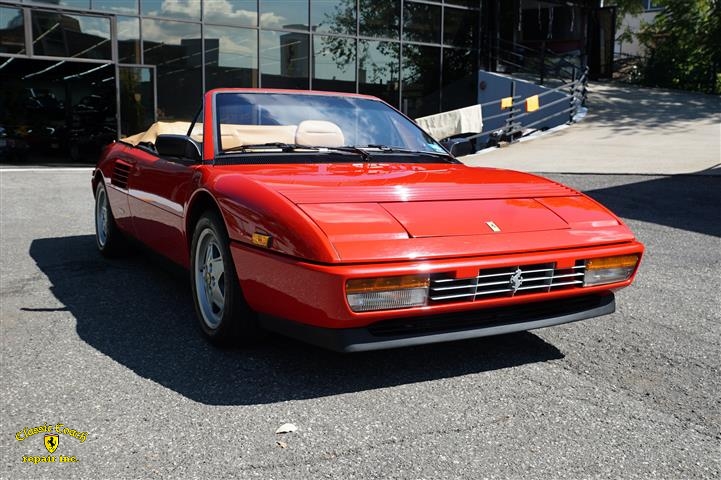 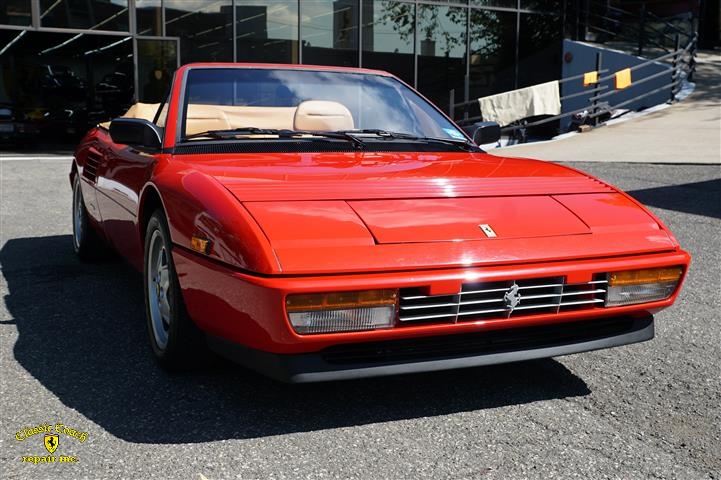 The t was the final evolution of the series, and once again received universal praise from the press:

“(The) duality of the practical and the exotic sums up the Mondial very well. Despite their quirks, Ferraris have earned enviable reputations as durable machines when maintained properly. And because of their quirks, these cars offer added satisfaction to those learning how to drive them properly. Driven fast or slow the Mondial (t) is exhilarating.” Road and Track 1991

“Not only does the Mondial t Cabriolet offer all the right pieces, but it also tingles your soul with all the right sensations…Admittedly, the Mondial t Cabriolet provides only a taste of the Grand Prix experience. But it’s a stronger flavor than almost any other car can provide. Plus, the Mondial t is easily the most comfortable and practical of the high-priced Italian exotics.” Car and Driver 1991[38]
“The old Mondial was much better than its reputation, and the new Mondial t is better still. To me, it is the most desirable Ferrari this side of an F40, and for about $82,000, it certainly is one of the few remaining buys in the exotic league. If you are ready for the challenge, grab one now before the word gets around and the line grows long.” Automobile 1989

“That the Mondial is fun to drive, fast and practical should make it Ferrari’s most popular car. After all, it does much of what a Porsche 911 does for much the same sort of money – and adds extra style, greater handling competence, and an even finer engine. Now that it has been so intelligently worked-over, and so discreetly yet effectively improved, its appeal is stronger than ever. Yet sales are unlikely to improve. Why is this wonderful car so unfairly ignored?” Car 1989

“The Mondial emerged as that motoring contradiction: a practical Ferrari. The Mondial t has enough performance to be enthralling, ride comfort enough to teach some mid-range saloon car manufacturers a thing or two and a mild whiff of the Prancing Horse mystique. This becomes positively rampant when the V8 is busking in the higher rpm ranges and the plump tyres are being asked to do some work. Maranello Concessionaires candidly admits that it is not easy to persuade customers to try the charms of the Mondial, “but once we got them into one, they swear by them and are quite likely buy another.” Motorsport 1992

“It may not provide the fun and exhilaration of an F40, but the Mondial t is a jolly fine, very fast car..” Road and Track 1990

“..it’s a glorious chariot. It tends to get a bit ignored because it looks a little gawky alongside the gorgeous 348, whose engine it shares…But it’s more fun. Its chassis is emphatically more friendly and more communicative. The 348 might have might have bigger tyres and a higher ultimate level of sheer grip. But making use of it is a real task. In the Mondial, you can explore the limit, because the chassis and steering work more progressively and provide better feedback.” Car 1993